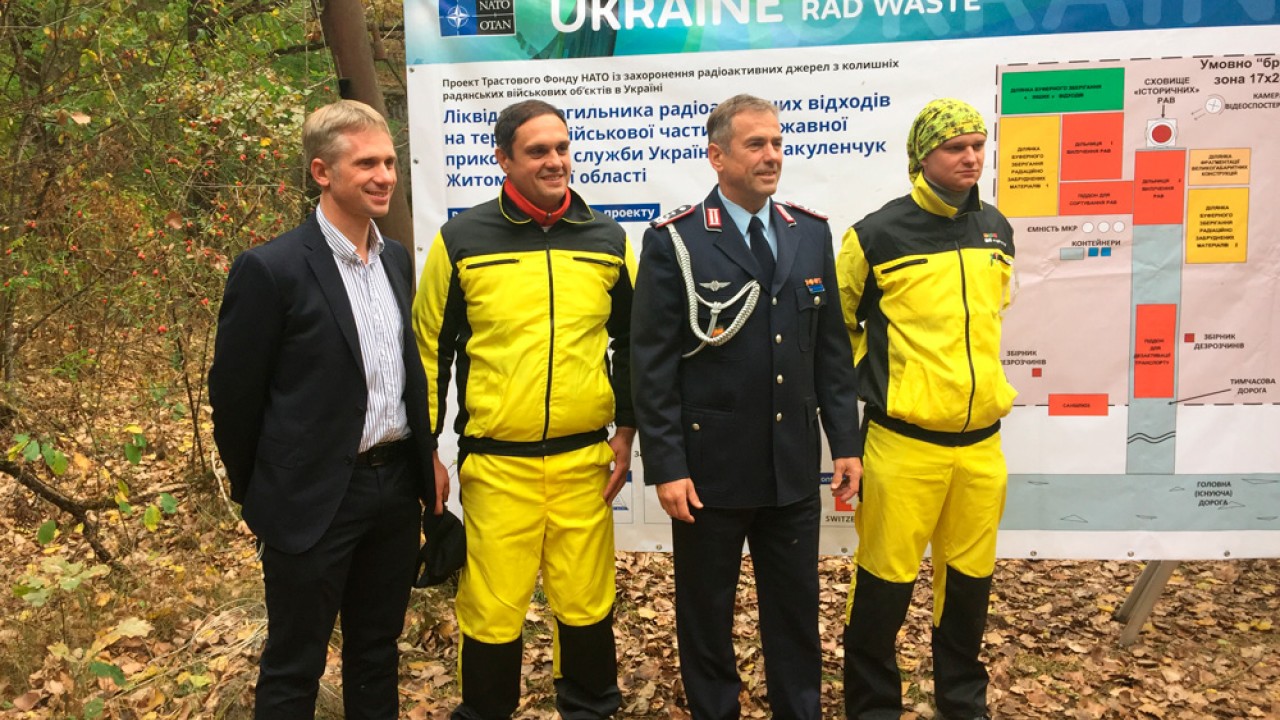 Project of the NATO Trust Fund for the Disposal of Radioactive Waste in Ukraine. Elimination of Vakulenchuk Radioactive Waste Repository. On the order of NATO Support and Procurement Agency (NSPA). In partnership with NT-Engineering company.

Elimination of terrorist threat is one of the main areas of cooperation between Ukraine and NATO.

One of its blocks is the liquidation of historical storage facilities (repositories) of radioactive waste in the territory of Ukraine.

The project was implemented within the framework of the Implementation Agreement between the Cabinet of Ministers of Ukraine and NATO Support and Procurement Agency (NSPA) on the re-disposal of radioactive waste resulting from the implementation of the USSR military programs in Ukraine signed on February 8, 2013, and ratified by the Verkhovna Rada of Ukraine on June 17, 2015 (Law of Ukraine No. 526-VIII dd. June 17, 2015).

The project included three stages (preliminary survey, removal of radioactive waste and elements of storage, remediation of the territory) to be completed within one year. The project was launched on January 1, 2016, and completed within the indicated time-frame—before December 31, 2016.

Chornobyl Research and Development Institute took part as a research organization in the implementation of the pilot project on the liquidation of the historical repository of radioactive materials of military origin Vakulenchuk in the territory of Zhytomyr region of Ukraine.

The project was recognized as a success both by the state authorities of Ukraine and the representatives of NATO and NSPA.

The work of Chornobyl Research and Development Institute was highly appreciated by the main contractor of the project.

(follow the link to find out more about the project)

Throughout the project, NATO member countries assisted Ukraine in solving the problem of storage and liquidation of the historical radioactive waste storage facility.

The territory, in which the historical repository was located, was completely rehabilitated. The state of radiation safety has been improved and the threat of illegal distribution and use of these radioactive wastes has been eliminated, the social and psychological tensions in the region have been dampened, and the negative impact of radioactive waste on the natural environment and public safety has been eliminated.