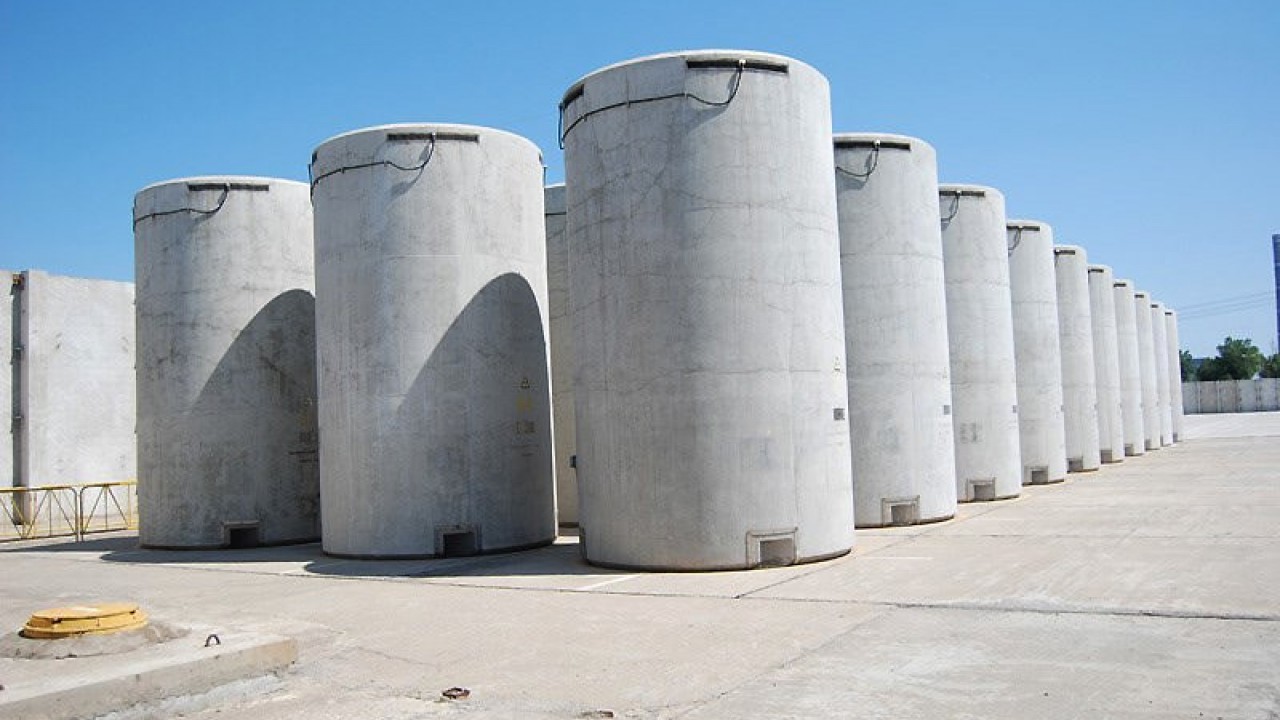 In accordance with the “Joint Convention on the Safety of Spent Fuel Management and on the Safety of Radioactive Waste Management”, signed by Ukraine on September 29, 1997 and ratified by the Law of Ukraine dated April 20, 2000, Ukraine undertook to comply with its provisions when conducting state policy in the field of nuclear energy use.

In 2003, NNEGC Energoatom announced a tender for the selection of companies for the construction of Centralized Spent Fuel Storage Facility (CSFSF) of dry type in Ukraine, intended for long-term storage of spent nuclear fuel from Khmelnytskyi, South-Ukrainian and Rivne NPPs. The Zaporizhzhya NPP does not require the removal of spent nuclear fuel, since it has its own on-site storage.

For a long time, for a number of reasons, the project was actually frozen.

In 2012, the Verkhovna Rada of Ukraine adopted a law on the construction of the CSFSF, which established the legal basis for spent nuclear fuel storage, creation of the system and optimization of the structure of spent fuel management.

In 2014, the Cabinet of Ministers of Ukraine allocated 45 hectares of land in the exclusion zone for the CSFSF construction. In the same year, a real start was given to the construction of the storage facility.

In 2015, NNEGC Energoatom signed an additional agreement to the 2005 construction contract with Holtec International.

In 2017, NNEGC Energoatom, the USA government financial institution Overseas Private Investment Corporation (OPIC) and the Central Storage Safety Project Trust (CSSPT, both from the USA) entered into a loan agreement for the construction of the CSFSF. At the end of the same year, NNEGC Energoatom began construction work on the site.

This technology provides for:

Loading of SFAs into the MPC and preparation of HI-STAR transport casks is carried out in the reactor departments of power units of Khmelnytskyi, Rivne and South Ukrainian NPPs. The spent fuel assemblies that have been aged in the holding pool for at least 5 years are loaded into the MPC, which is then dehydrated, dried, sealed and filled with helium. Thus, the MPC provides two tightness barriers in the way of the spread of radioactive substances from SFAs into the environment. In order to ensure the biological shielding of personnel during reloading and transportation, the HI-TRAC reloading cask and the HI-STAR transport cask are used (Figure 1). 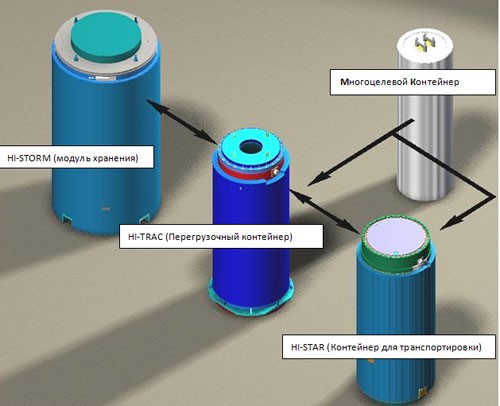 The technology of dry storage of spent nuclear fuel, compared to storage in water, is better for environmental and economic reasons, since it eliminates the risks associated with criticality, reduces the amount of liquid radioactive waste and the need for additional infrastructure, as well as release of radioactive substances into the atmosphere (Figure 2). 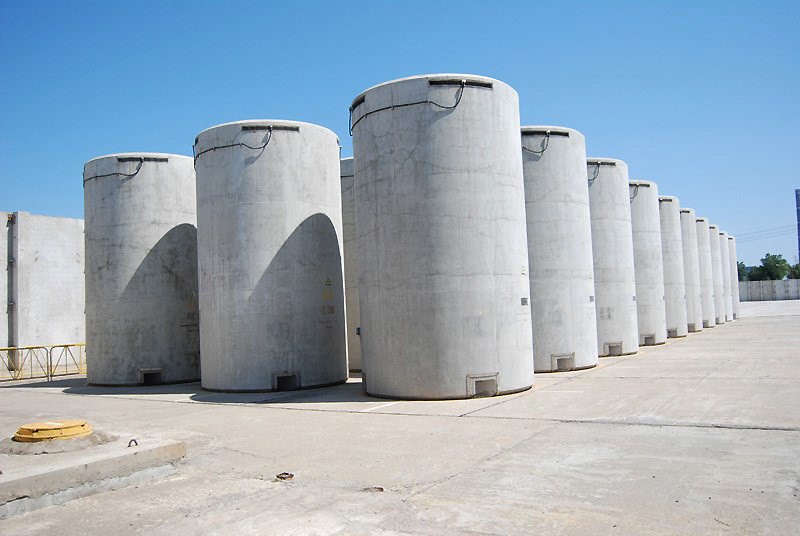 A site, administrative and technological buildings and a railway track were constructed during the construction of the CSFSF (Figure 3). 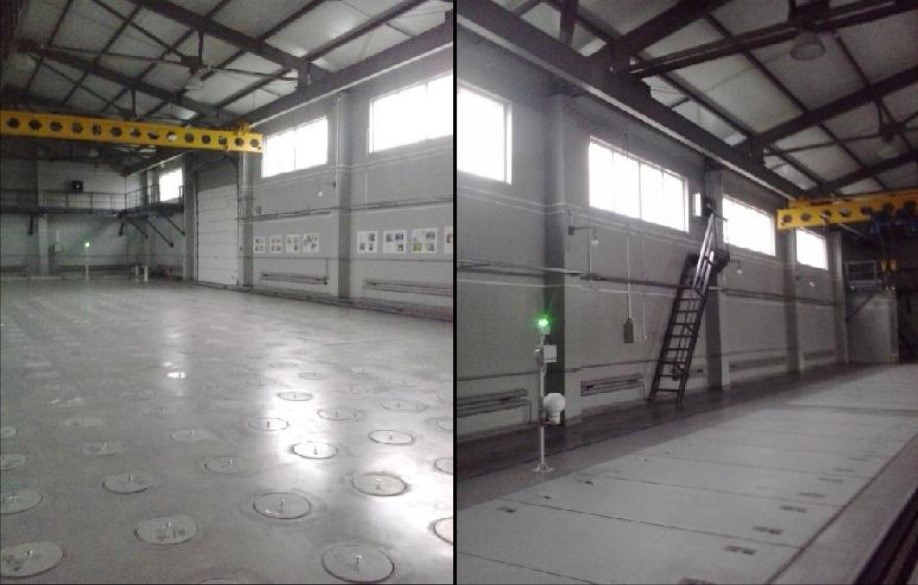 According to the schedule, the construction of the CSFSF should be completed by the end of 2020.