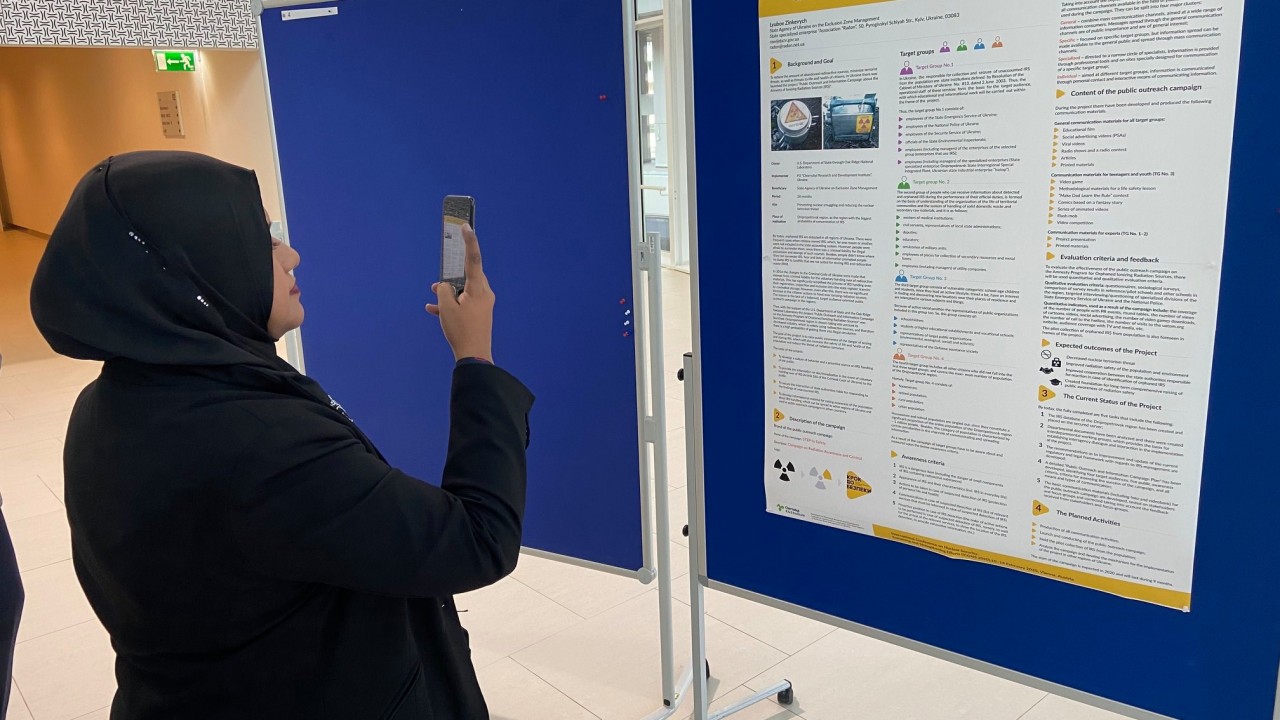 On 13 February 2020, in frames of the Third International Conference on Nuclear Safety, hosted by the IAEA, a poster was presented on the implementation of the project "Public awareness and information campaign on the amnesty of orphaned spent ionizing radiation sources".

Representatives of the State Agency of Ukraine for the Exclusion Zone Management broadly informed the visitors about the current state of implementation of this project, the donor of which is the U.S. Department of State through the Oak National Laboratory, and the implementer is Chornobyl Research and Development Institute.
The poster received positive feedback from the audience. Visitors wondered whether there is an approved program of public awareness on IRS management in Ukraine. Representatives of the Ukraininan delegation explained that there is no such program now, but the presented project is intended to be a start for its creation. Representatives of some countries, including Malaysia, were interested in possible cooperation with Ukraine, since the former also has problems with orphaned sources, but there are no projects similar to Ukrainian ones.
In addition to creating a program of interaction with the population, the project envisages collecting such sources from the population, transporting them to places of authorized temporary storage, namely to the Dnipropetrovs'k Interregional Specialized Combine (DMSC), then to the Centralized Waste Disposal Facility of the Ionizing SPC, which is a national operator at all stages of the life cycle of RW disposal facilities. These sources will be transported to the storage facility as soon as the storage facility is fully operational. 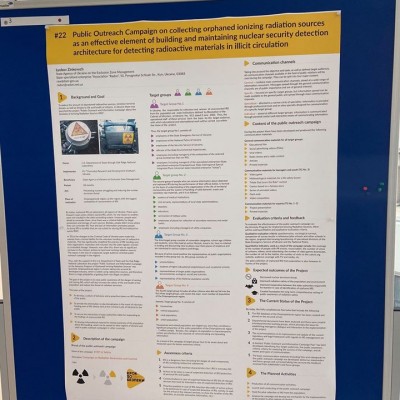