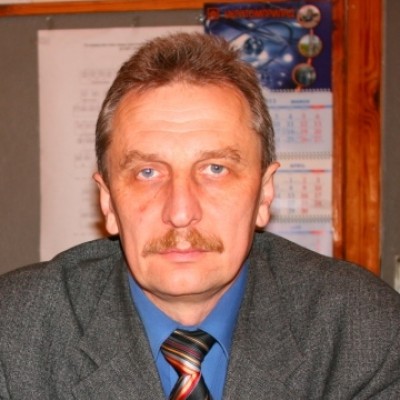 Ukrainian scientist, author of scientific works in the fields of radioecology and radiobiology


Participated in the elimination of the Chernobyl accident and post-accident recovery operations.

Works in the Chernobyl Exclusion Zone since 1986.

Participated in the work of the National Security and Defense Council.

Held the position of Deputy Director for monitoring and scientific research at "Chornobyl Radiological Center".

Has been the Acting General Director of the State Specialized Enterprise "Chornobyl spetskombinat".

Heads the State Specialized Enterprise "EcoCenter" as the General Director.

Honorary Award from the Ministry of Emergency Situations (2009)

Honorary Diploma from the State Agnecy on Exclision Zone Management (2014)

S.I. KIREEV, D.O. VISHNEVSKY, S. M. OBRIZAN, V.G. KHALYAVA
Modern tendencies in the information provision of the management of objects with high risk of emergencies (for example, the Chernobyl exclusion zone) // Bulletin of the ecological status of the exclusion zone and the zone of unconditional (mandatory) resettlement. - 2005, No. 26. - P. 32-37.

S.I. KIREEV, S.M. OBRIZAN, V.G. KHALYAVA
On the question of the impact of the right bank alluvial dam on the individual elements of the hydrological regime and the radiation state of the flood plain of the Pripyat River // Bulletin of the ecological status of the exclusion zone and the zone of unconditional (mandatory) resettlement - No. 2 (28) 2006. - p. 52-59.